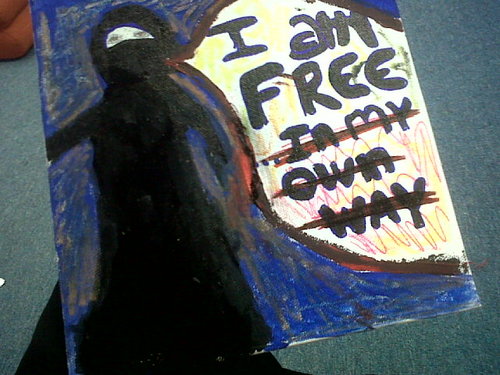 Often it is difficult to wrap ones mind around the concept of hijab. Beyond it being one of the laws for muslimahs to follow, there are personal reactions that influence our mental construct of hijab. Part of what draws a woman to hijab and allows to her to take that step into donning it, is the increasing awareness and desire for modesty. Her spirituality is heightened and as a result she seeks out all the ways in which she can declare love for the Creator.
Women have undoubtedly been gifted with one of the most beautiful forms amongst creation. We are exquisite and enchanting, from the roots of our hair to the ends of our feet. Allah SWT has created us in a way that is more than pleasing so it is no surprise that given the nature of human beings, we are attracted to things of beauty and given the nature of men, they are attracted to women. The world today is highly sexualised. The female form is brazenly on display. They’ are portrayed in bold, colourful images. Wherever you go, you’re likely to encounter either a lusciously tinted pair of pouting lips, shapely legs in stiletto heels or a lowcut clothing revealing some bosom.  During this era human interest has become so tunnel-visioned, disregards that which is important. Individuals have become desensitized to nudity and sexuality that they  disregard that it’s better for them to conceal their bodies and be recognised as a peopler  rather than objects of  fantasy. When we clad ourselves in loose clothing, we send out the message, not that we’re dowdy or boring but rather that “Allah has given me this gift, this treasure. He’s entrusted it to me. I want to honour Allah’s laws of hijab”

Sometimes a person would be inclined to show off their beauty due to pride or in order to elicit appreciation from the opposite gender. The human ego loves to be fed but exhibitionism can and will invite the wrong attention, which may end up in unpleasant or awkward situations. This is when you, as a Muslim woman, perceive the reason we’re commanded by Allah to conceal our beauty. Islam does not oppress women but is structured to ensure our protection and to maintain the respect, dignity and safety.