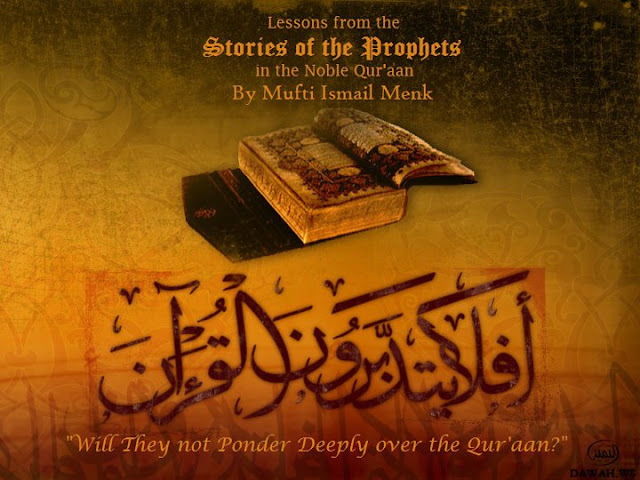 All praise is due to Allah Subhana Wa ta’aala, Blessings and salutations upon Muhammad SAW

The next Prophet to be sent to the globe at large was Nuh AS. Though the disobedience of Allah Almighty’s Commands was increasing, man did not associate partners with Allah. A Hadeeth mentions that Shirk was not committed by man for almost 20 centuries. (During Adam AS’s life which was about 960 years as well as 1000 years after him.) They were all on tawheed.

The Qur’aan says, “Mankind was one Ummah (initially) and Allah sent to them Prophets as givers of glad tidings and as warners and revealed Books to them with the Truth in order to rule between them in that which they disputed” (Surah Baqarah).

A long time had passed whilst people generally continued sinning. There were some pious people amongst them who were looked up to. These pious people used to remind the others to do good. Some of their names are mentioned in Surah Nuh in the Qur’aan –

“They (idolaters) have said: “You shall not leave your gods nor shall you leave Wadd, norvSuwa, nor Yaghuth, nor Ya’uq nor Nasr (names of the idols).”

After these people passed away, Shaitaan convinced the people that these people were so good, why don’t you make a statue of them so every time you looked to these statues it would remind you to do good! The people seen nothing wrong with that and so they did that & this was done initially to remind the people of the good words and the good message of those pious people. The statues were named after the pious people. Nobody worshipped them in that generation, Shaytaan waited for them to pass then he approached the second generation. They did not know the real history of these statues so Shaytaan told them that your forefathers use to worship them and they use to help them to do good so now, you too, should begin to prostrate to them.  This is how Shaytaan works, gradually beautifies things for people and leads them astray. They called out to the statues to meet their needs and fulfill their wishes, to cure their sick etc. This was the beginning of shirk in the practices and beliefs of mankind.

Up to today, despite all the technology there are people who worship animals and stones. This is one deed with which Allah becomes sooooo angry, this association of partners with Him. All the prophets came to  teach the oneness of Allah.

Nuh AS story is mentioned in 20 surahs of the Qur’an. The Prophets are all not equal as Allah has mentioned in the Qur’an, “We have raised some above the others”. There are 5 main Prophets, Firstly, Afdhalil Khalqi wa Akramir Rusul, the best of Creation, Muhammed Sallalaahu Alayhi wa Sallam! We should try our best to go through his seerah, learn about his life and teachings. Then Prophet Ibraheem AS, then Nuh AS, then Musa AS and Eesa AS. Allah refers to them as ‘Ulul azmi minar Rusul’ Those who were very firm in their belief in Allah.

So there came a time when, besides one man, every human on earth was engaged in shirk. This man was Nuh ibn Laamit the great grandson of Idrees AS. At the time he was the only monotheist on earth.

Nuh AS was then granted Prophethood by Allah Almighty. In Surah A’raaf Allah says,

“Indeed We sent Noah to his people (he said): “I have come to you as a plain Warner that you worship none but Allah, surely, I fear for you the torment of a painful Day.” the chiefs of the disbelievers among his people said: “We see you but a man like ourselves, nor do we see any follow you but the meanest among us and they too followed you without thinking. And we do not see in you any merit above us in fact we think you are liars.”

He worked very hard and exerted great effort in calling his people towards Allah Alone. He spent years warning people of a punishment that was to come if they would not turn back from the shirk that they were practicing. He reminded them about the history of the statues and the graves –how Shaitaan had taken them astray by deceit. He reminded them of the gifts of Allah. He told them, “I am not misguided, I am only a Messanger of the Lords of the worlds.” He also said to them, “I am only conveying the message of my Lord to you and I am advising you and I know from Allah that which you do not know.”

Trying to tell them that don’t hold it against me, if it makes sense to you then follow it. But very few followed it. They preferred to follow those who had money and material wealth.

They said, “We do not see you except as a human like ourselves.” Like these people sometimes our sins make us blind to the truth.

They began to mock Nuh AS and told him to call out to His Rabb to punish them if he was truthful. Even some of his own family members were amongst the disbelievers. A very small number of people followed Nuh AS and they were mostly all from the poor, weak and oppressed of the society. This made the other high class people in society say something strange. They said that they were ready to listen to Nuh’s message on condition that he chased away all the low class people from his followers. Nuh AS responded, “Oh my people, do you not see that Allah has granted me the clear sings and His Mercy and he has made you blind towards it? We are not going to force you whilst you detest it. Oh my people, I am not asking for wealth for indeed my reward is with Allah and I am not going to chase away those who have believed for soon they will meet the their Rabb. Indeed I see you as very ignorant. Oh my people, who is going to assist me besides Allah if I chase them away? Do you not think?”

Even when Abu Sufyaan RA went to Hercules, King of the Roman empire during the time of the Prophet PBUH. Abu Sufyaan was still a disbeliever then, the king asked him about the followers of Muhammed PBUH. Abu Sufyaan replied that they are the weak and poor amongst us. The King said that that was the always the case of the Messangers of Allah. Their followers would be the poor and weak. Because, after all, what do they have to lose? They have nothing as it is. Whereas the rich were too proud to change.  They knew that they had to change their whole lifestyles if they were to accept this new message.

Wealth should not make us proud and haughty. The more we have the more down to earth we should be. I always say that money doesn’t change a person but rather it shows others the person you always were! For eg a person who works under the employment of someone has no choice but to just accept the orders given to him and just say “yes boss, yes boss!” But, the day this man has authority over the boss, he will prove the type of person he really was. Whether he was truly obliging or he couldn’t wait for the day to defy the boss!  Those who were good before they had wealth will become even more down to earth after they’ve received it. But those who were never good even before having it, once they do become rich it will only assist them to reveal their true colours.

The rich didn’t want to believe because they didn’t want to mix with the poor people who had already believed. They asked Nuh AS to chase the poor away. Nuh AS firmly said that he would not chase them away because if he does, they will not assist him when Allah’s wrath comes.

They said, “Oh Nuh, you have argued with us and prolonged your argument so bring us that which you have promised us if you are truthful”. The response was clear. Nuh AS said that if Allah wills He is the one who will bring about what he had warned them of. He told his people, “Prepare your army and your partners that you have associated with Allah, then do not hesitate and come forward to kill me and you will not be spared.” His people were afraid to do this so they backed out. Years passed, not one, not ten, not hundred, not even five hundred! Allah says: He stayed amongst them for a thousand years less fifty. Meaning nine hundred and fifty years! And no more people accepted his message. Each generation that came was worse in transgression and arrogance than the previous one. Yet he never relented nor did he allow them to dictate to him according to their whims and fancies. He knew if he threw out the weak believers solely to please them today, when they join him they will make more conditions and further demands.

We too, should never allow our business partners to control us with regard to deen. Even though we receive our livelihood through them this does not mean they can control you and that you are obliged to obey them. Allah comes first before anyone and anything. Be just even if people are wealthy.

Nuh AS people debated with him, called him mad, accused him of so many things, eventually it was the final straw. After this continued effort, sacrifice and struggle, Nuh AS raised his hands and called out to Allah. And inshaAllah we will continue with the powerful words of his supplication tomorrow!  🙂